Pirates Of The Caribbean - Quadrilogy Boxset 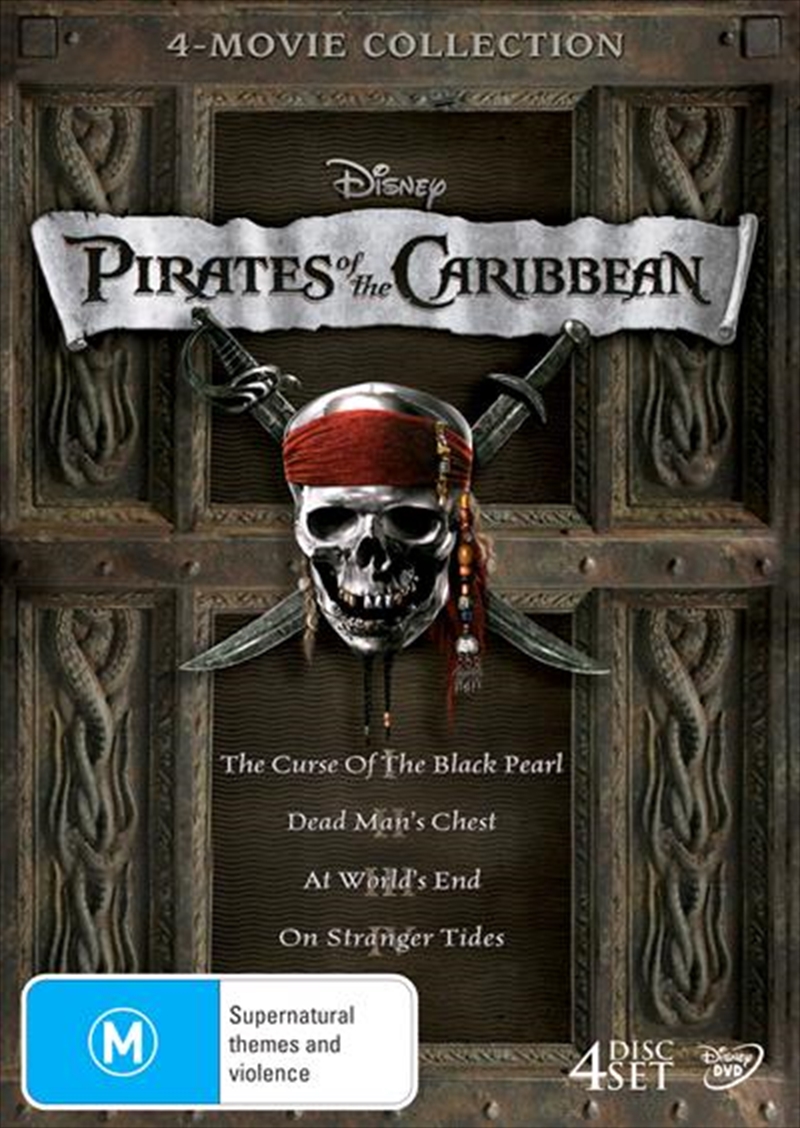 Pirates Of The Caribbean - Quadrilogy Boxset

Shipping - See delivery options.
Postcode:
Quantity:
SEE MORE IN:
Pirates Of The Caribbean Bingeworthy Boxsets Movie Collections
Prepare to be blown out of the water.

Relive every moment of the swashbuckling phenomenon that took the world by storm with all four films of The Pirates Of The Caribbean quadrilogy in one spectacular box set. Thrill to the adventures of Captain Jack Sparrow (Johnny Depp), Will Turner (Orlando Bloom), Elizabeth Swann (Keira Knightley) and the unforgettable cast of rogues and heroes that made each of these movies a smash hit from sea to sea. Experience Jack's quest from the very beginning as he and his crew reclaim the Black Pearl and discover the cursed treasure that has doomed Captain Barbossa (Geoffrey Rush) to live among the undead. The astonishing ride continues with amazing battles against the legendary ruler of the ocean depths, Davy Jones, and leviathans from the deep, and culminates in a reunion of the Pirate Lords in a titanic clash at World's End. With an ocean full of special features and three epic films, the Pirates Of The Caribbean Gift Set is a treasure your whole family will enjoy for years to come.Synopsis - Pirates of the Caribbean: The Curse of the Black Pearl (2003) From producer Jerry Bruckheimer (Pearl Harbor) and director Gore Verbinski (Mouse Hunt) comes the thrilling, high-seas adventure Pirates of the Caribbean: The Curse of the Black Pearl. The roguish yet charming Captain Jack Sparrow's (Johnny Depp) idyllic pirate life capsizes after his nemesis, the wily Captain Barbossa (Geoffrey Rush) steals his ship, the Black Pearl, and later attacks the town of Port Royal, kidnapping the governor's beautiful daughter Elizabeth (Keira Knightley). In a gallant attempt to rescue her and recapture the Black Pearl, Elizabeth's childhood friend Will Turner (Orlando Bloom) joins forces with Jack. What Will doesn't know is that a cursed treasure has doomed Barbossa and his crew to live forever as the undead. Suspense filled adventure, sword clashing action, mystery, humour, unforgettable characters and never before seen special effects make "Pirates" a must-have movie on the grandest scale ever.