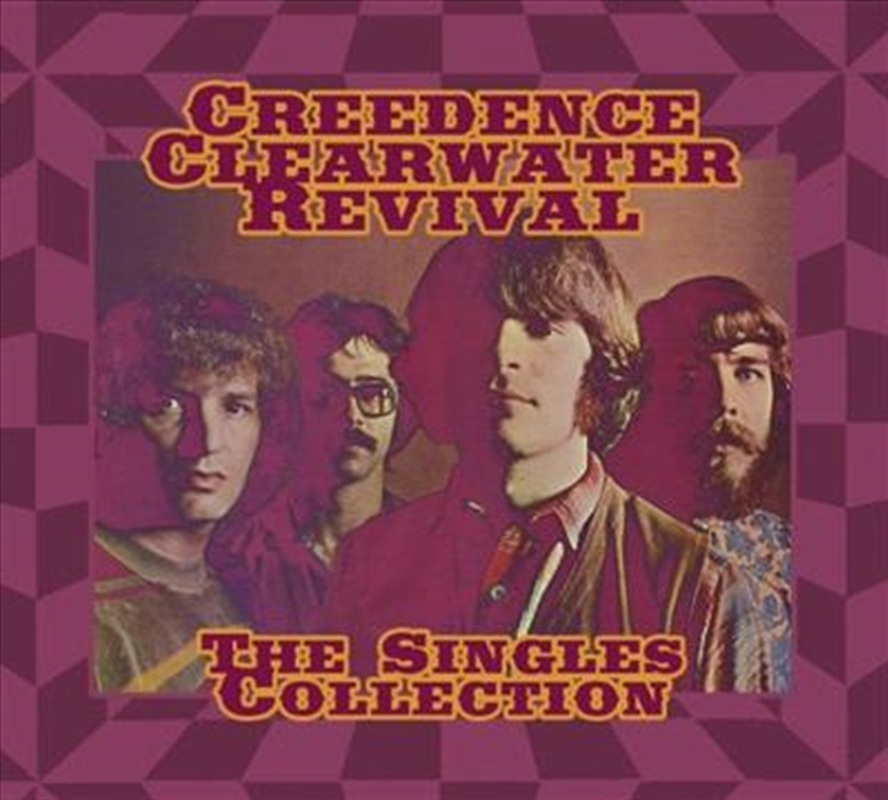 Creedence Clearwater Revival's golden era of hit singles (fall of 1968 through spring of 1972) rivals that of any band in rock 'n' roll history. The Southern-flavoured quartet from El Cerrito, Calif., turned out 17 hits in a 44-month stretch, nine of them in the US Top 10, five of them in the US Top 5. That success was replicated in Australia - a sales trend which continues to this day. Upon release - 'Cosmo's Factory' spend nineteen weeks at #1 and Creedence's 'Chronicle' Anthology enjoys a seemingly perpetual presence in the ARIA Top 150. The release of The Singles Collection, a two-CD, one-DVD box containing all of the band's U.S. singles -- 30 songs in all. Top 5 smashes like "Bad Moon Rising," "Green River," "Down on the Corner," "Travellin' Band," "Who'll Stop the Rain," "Run Through the Jungle," "Up Around the Bend," "Long As I Can See the Light" and "Lookin' Out My Back Door" are joined by seldom-heard singles that never charted ("Porterville" and "Call It Pretending" on Fantasy's Scorpio subsidiary, and later singles "Tearin' Up the Country" and "45 Revolutions Per Minute [Parts 1 & 2]"). The 30 songs, (which are presented in their original single mixes, many of them in mono --- are making their CD debut), housed on two CDs, will be joined by a DVD containing four never-before-available, long-pre-MTV music videos: "I Heard it Through the Grapevine," "Bootleg," "I Put a Spell on You" and "Lookin' Out My Back Door." Also included in the package are a poster featuring the dozens of international single sleeves, and a 16-page booklet with liner notes by former Rolling Stone editor Ben Fong-Torres, who lived and wrote in the Bay Area during CCR's golden half-decade.

I Put A Spell On You

Walking On The Water

Born On The Bayou

Down On The Corner

Run Through The Jungle

Up Around The Bend

Long As I Can See The Light

Lookin' Out My Back Door

Have You Ever Seen The Rain?

Tearin' Up The Country

I Heard It Through The Grapevine

I Heard It Through The Grapevine

I Put A Spell On You

Lookin' Out My Back Door