What No One Knows 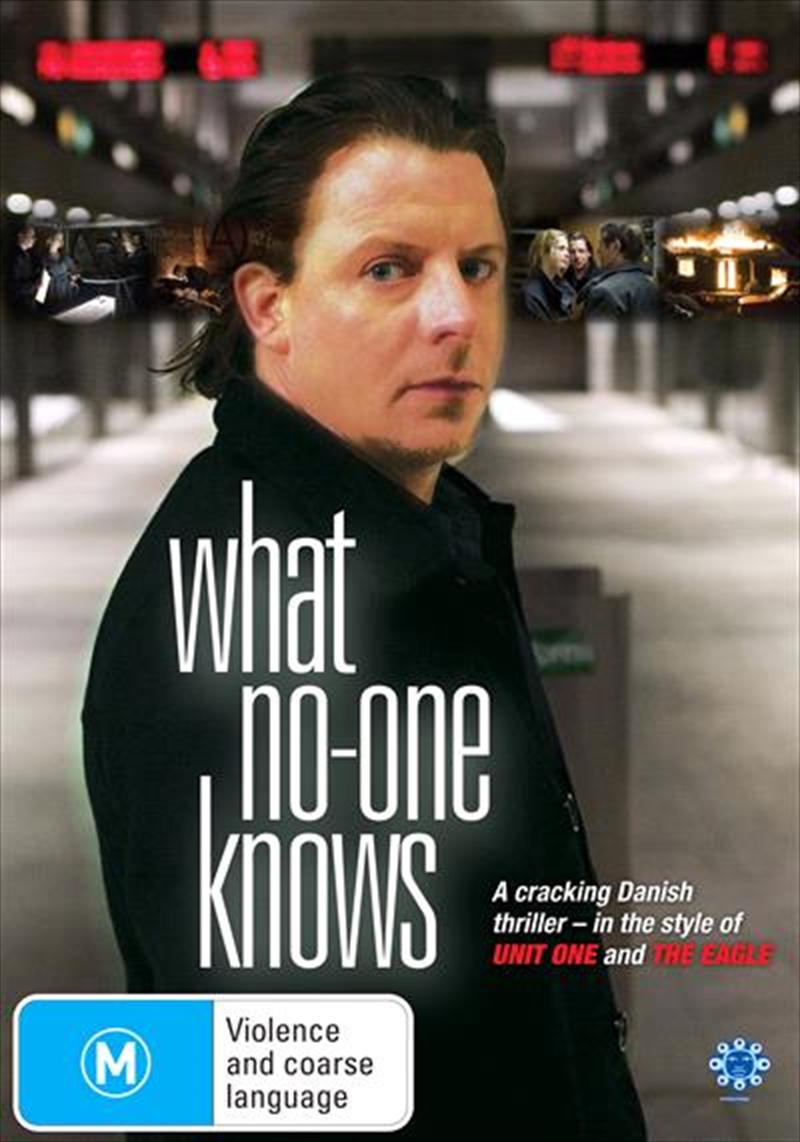 Shipping - See delivery options.
Postcode:
Quantity:
Following a painful family dinner Thomas is asked by his sister Charlotte to meet her the following evening. Nearing the rendezvous Thomas sees the lights of emergency vehicles and discovers that Charlotte, a strong swimmer, has drowned. A well known children’s entertainer, Thomas is unversed in the world into which he now finds himself.

Looking through Charlotte’s possessions he discovers a list of poisonous chemicals and a photograph of his dead father and his colleague in military intelligence, Lange-Erichsen. Confronting Lange-Erichsen, Thomas is patronised and given evasive answers and comes to the realisation that there may be a lot more to his sister’s death. Thomas is told by his sister’s close friend, Ursula, that Charlotte had been contacted by a Swedish woman and told of the terrifying world in which their father had been involved and Charlotte had wanted to speak with him before trying to find out more. Ursula, after some persuasion, agrees to help Thomas put the pieces together.

Consumed by an ever increasing sense of paranoia Thomas returns home to find it ransacked and his evidence stolen. Everything seems to lead back to Lange-Erichsen, who is now heading up the merger of Denmark’s two intelligence services. Thomas now fears that his mission could be against the most powerful agency in the country. Visiting his estranged wife, Thomas discovers that his daughter is missing and realises that it is not just his life that is in danger but also those around him. With his every move recorded by surveillance cameras and unseen eyes he has to race against time to rescue his daughter and uncover the truth

Title: What No One Knows

OFLC Advice: To Be Confirmed, Coarse Language And Violence