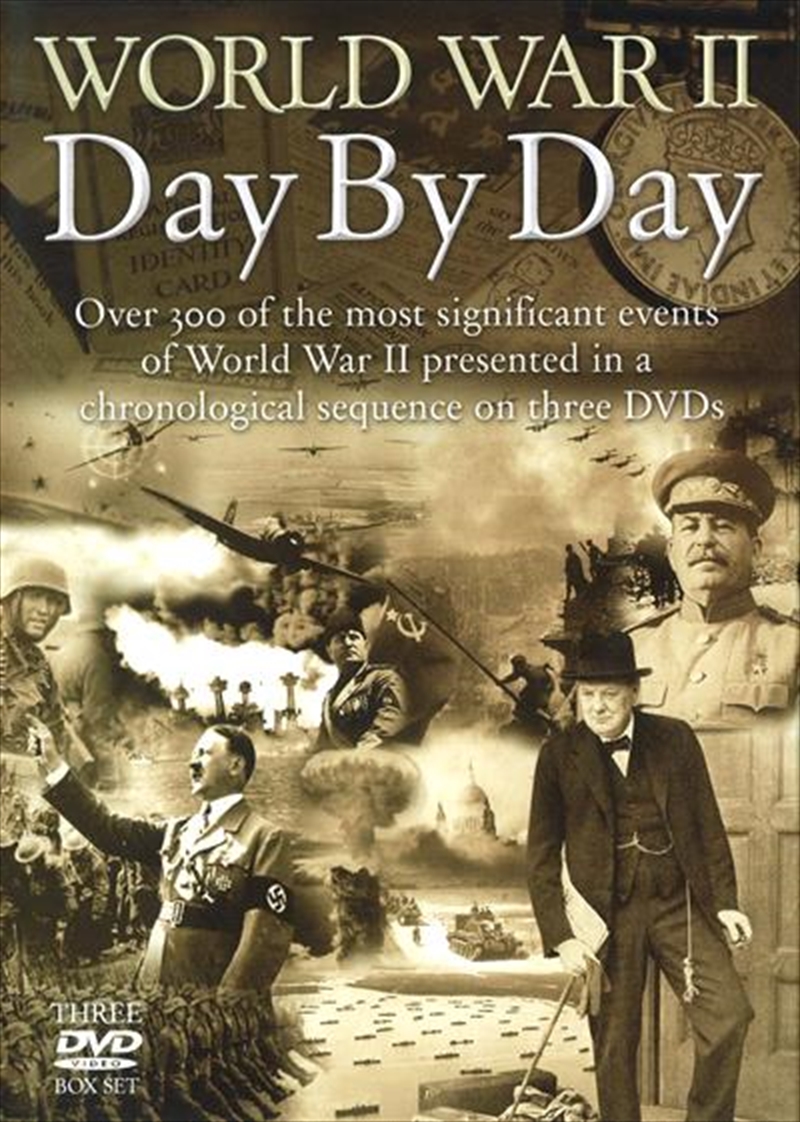 Shipping - See delivery options.
Postcode:
Quantity:
SEE MORE IN:
Documentaries
The twentieth century was one of the most tumultuous in history, one hundred years that saw more dramatic and significant changes than any other period - socially, politically and technologically. WORLD WAR II - DAY BY DAY is 366 sixty-second short programmes that, in an entertaining and informative manner, describe the most important actions day by day, each day being selected from one of the war years. The series is based on an extensive library of outstanding archive material from American, English, German, Soviet and Japanese sources, and incorporates all major events.