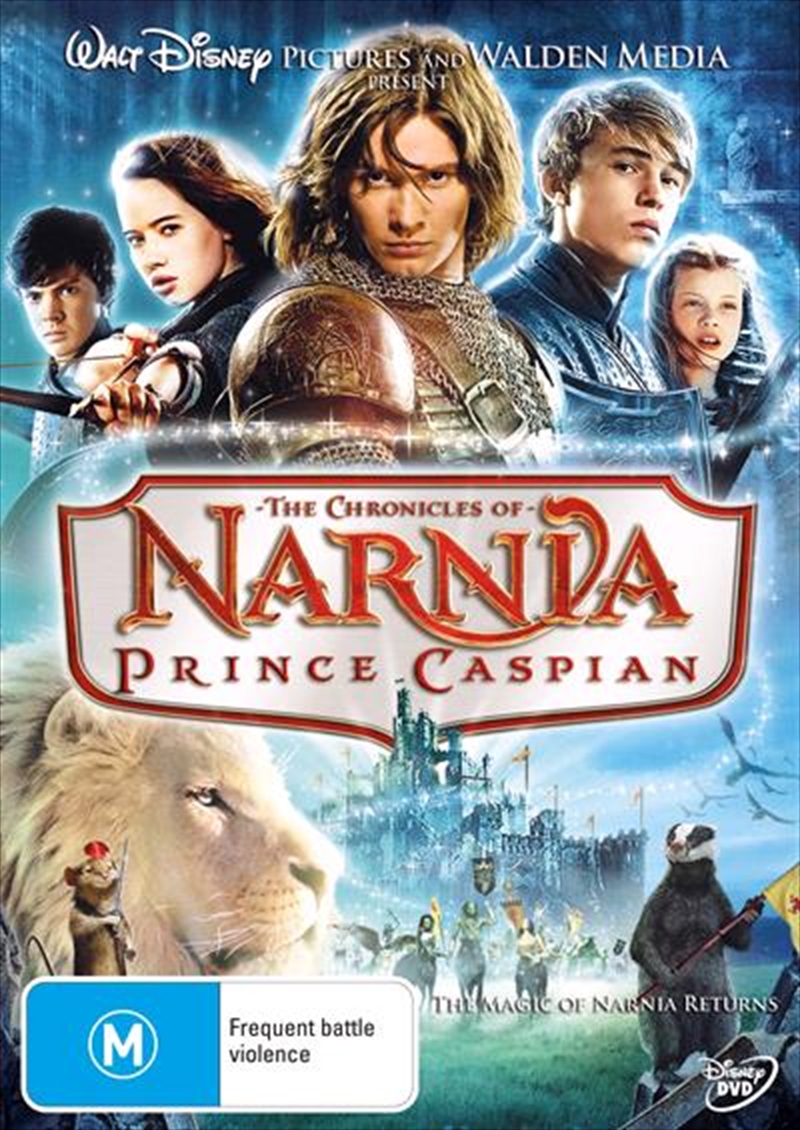 SEE MORE IN:
2 for $20 Movies
DESCRIPTION
A New Age Has Begun.

The adventure continues as producer/director Andrew Adamson teams with screenwriters Christopher Markus and Stephen McFeely to tell the tale of the dashing Prince Caspian (Ben Barnes) - who sets out to defeat a tyrannical king who has overtaken Narnia and secure his rightful place on the throne. One year has passed since the events of The Chronicles of Narnia: The Lion, the Witch and the Wardrobe, and now the kings and queens of that land have returned to make a shocking discovery. Though by their calendars it has been only 12 months since their last voyage into Narnia, the four children are aghast to realise that 1,300 years have passed in the wondrous alternate universe.
The Golden Age of Narnia has come to an end, and now the malevolent King Miraz rules over the land without mercy or compassion. Miraz is determined to ensure that the power stays in his bloodline, even if that means killing his nephew Prince Caspian so that Miraz's own son will be next in line for the throne. Fortunately, Prince Caspian has the Narnians on his side, and with a little help from the kings, the queens, and some loyal old friends, he may be able to ensure that peace and prosperity are restored on the once-beautiful realm of Narnia.
DETAILS