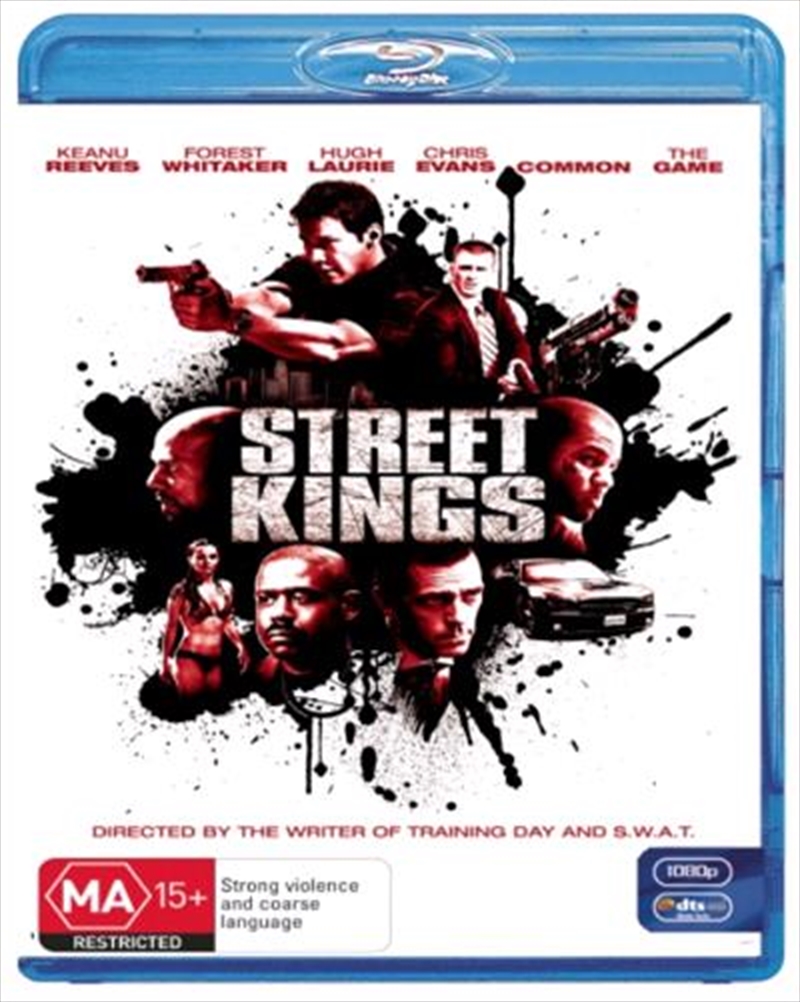 DESCRIPTION
Their City. Their Rules. No Prisoners.

On the streets of Los Angeles, every cop wants justice. But how they get it is what sets them apart. Fox Home Entertainment presents a gripping and pulse-pounding look at police corruption where no one can be trusted when Street Kings debuts to rent on DVD September 3. Starring Keanu Reeves (The Matrix Trilogy, Speed) and Oscar winner Forest Whitaker (The Last King of Scotland, Vantage Point), Street Kings follows veteran LAPD Detective Tom Ludlow (Reeves), a disillusioned cop who sets out on a quest to solve the murder of his former partner. With the help of his boss and mentor Captain Jack Wander (Whitaker), Ludlow begins a crusade to serve his own form of justice, breaking the rules of conduct on a regular basis and avoiding the watchful eye of Internal Affairs Captain James Biggs (Hugh Laurie; "House"). In the end Ludlow will be forced to question the loyalties of everyone involved and the truth will finally come to pass.
Directed by David Ayer (Harsh Times) from a story by James Ellroy (L.A. Confidential, The Black Dahlia), Street Kings features an array of intense supporting performances from Chris Evans (Fantastic Four), Common (American Gangster), The Game (Waist Deep), and Cedric The Entertainer (Code Name: The Cleaner).
TRAILER
DETAILS