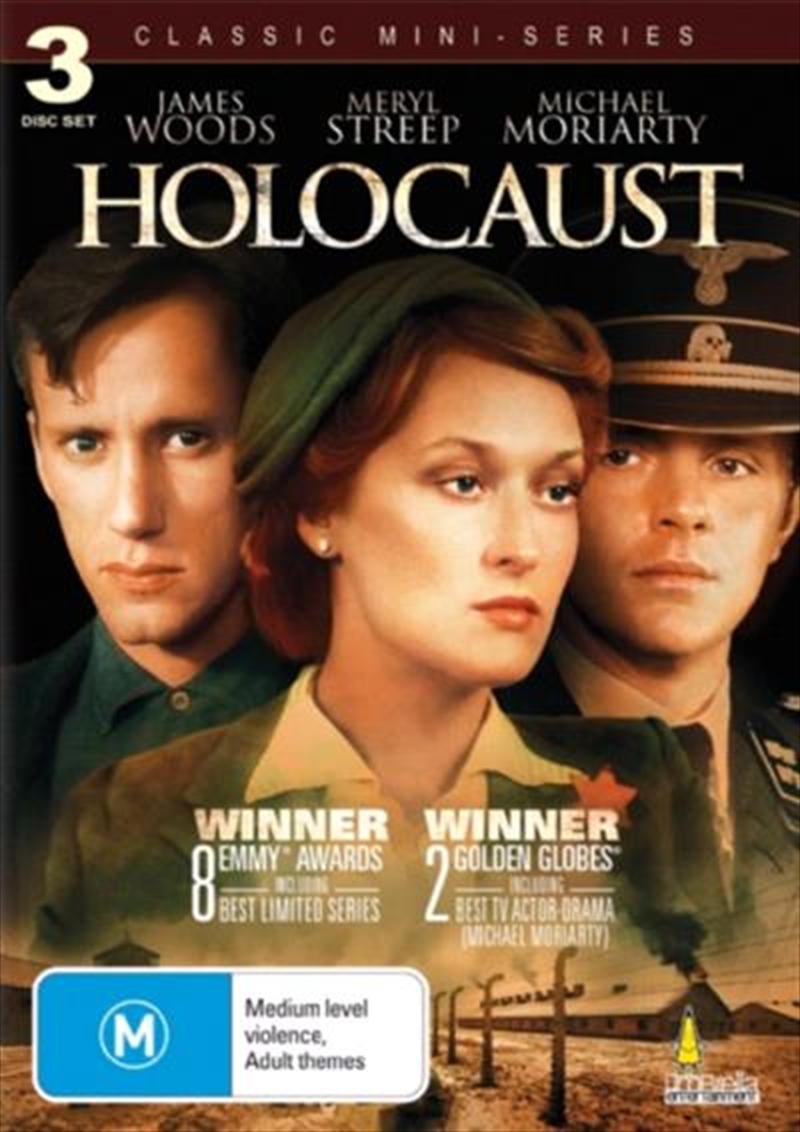 SEE MORE IN:
New Release DVD & Blu-ray New Release Movies
DESCRIPTION
One of the most outstanding television miniseries ever made, this epic four-part drama follows two parallel tales of life in Nazi Germany as a Jewish family struggles to avoid the horrors of Hitler's Final Solution, and a young, good-hearted German lawyer transforms into a mass murderer. The Weiss' - Meryl Streep (The Hours) and James Woods (Once Upon a Time in America) - are a young, recently married couple in 30s Germany who are torn apart when Woods is imprisoned for being Jewish. His parents are soon sent to a Warsaw Ghetto, facing probable execution, as his brother (Joseph Bottoms) becomes a freedom fighter and Woods tries vainly to undermine his captors. Juxtaposing the struggle of the Weiss family, Michael Moriarty (Law and Order), a morally upright lawyer, has risen through the Nazi ranks and is overseeing the death camps. Winner of 8 Emmy Awards, including best miniseries, the series' top-notch cast - including Ian Holm (Lord of the Rings) - bring devastating authenticity to the heart-wrenching story of the Holocaust.
DETAILS