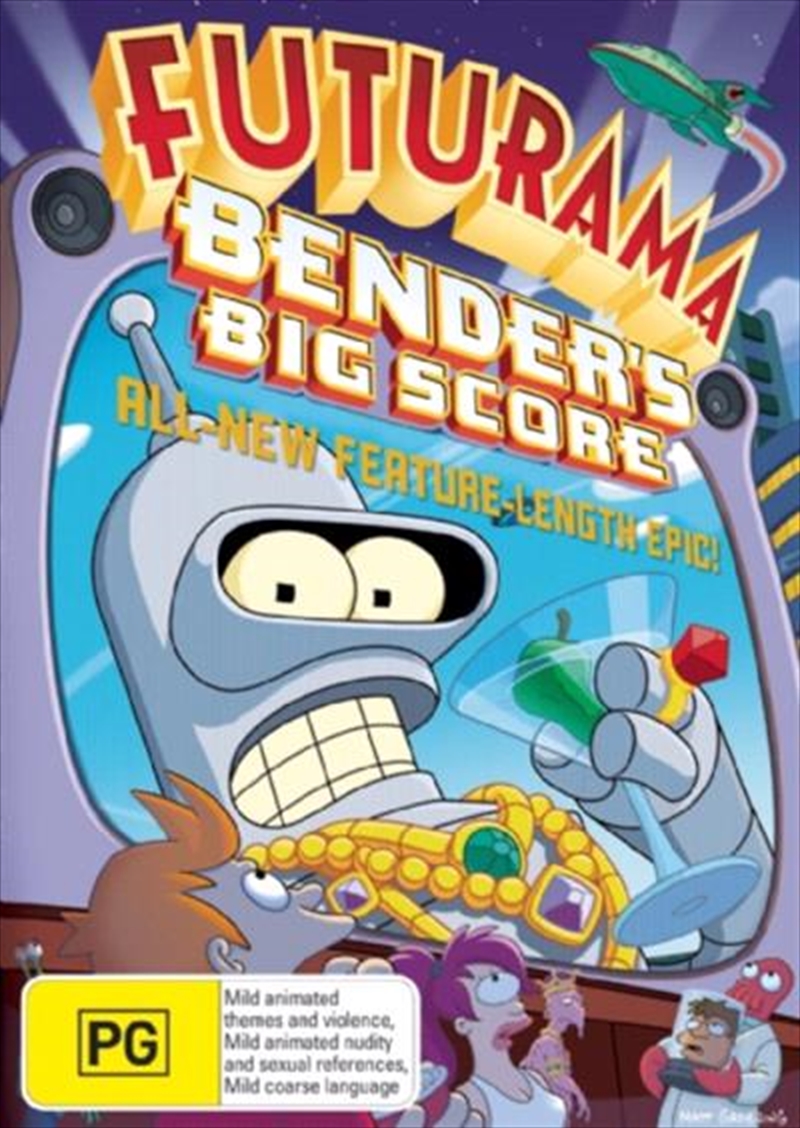 When the evil naked aliens launch a cyber-attack on Planet Express, they make a shocking discovery: the secret of time travel, mysteriously tattooed on Fry's buttocks. Using their devious nudist software to control Bender, they repeatedly send the beer-fuelled robot back in time to loot Earth of its greatest treasures. Bender's rampage through history has shocking repercussions when he encounters Al Gore (guest-starring as himself) during the 2000 Presidential recount. Meanwhile, Leela finds true love, a beloved crew member suffers an embarrassing decapitation, and Fry learns deep secrets about his destiny and his buttocks.
TRAILER
DETAILS