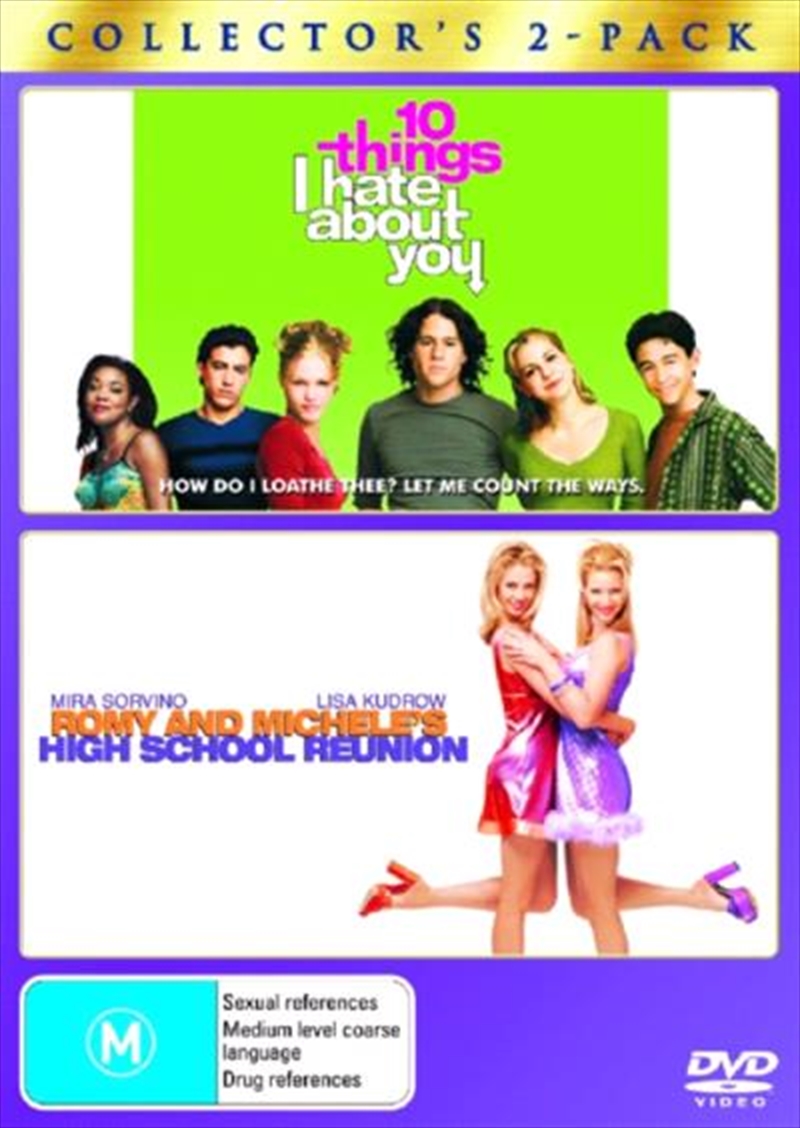 10 Things:A cool cast of young stars is just one of the things you'll love about this hilarious comedy hit! On the first day at his new school, Cameron (Joseph Gordon-Levitt) instantly falls for Bianca (Larisa Oleynik), the gorgeous girl of his dreams! The only problem is that Bianca is forbidden to date - until the ill-tempered, completely un-dateable older sister Kat (Julia Stiles) goes out, too! In an attempt to solve his problem, Cameron singles out the only guy who could possibly be a match for Kat: a mysterious bad-boy (Heath Ledger) with a nasty reputation of his own! Also featuring a hip soundtrack - this witty comedy is a widly entertaining look at exactly how far some guys will go to get a date!Romy & Michelle: Romy and Michele are two former schoolmates who have also been roommates for ten years after the time they graduated, and their lives are far from successful, they can't even get a date. As the 10-year class reunion approaches they try to do something to make an impression on other former schoolmates and finally decide to act as though they are very rich business women who invented Post-Its.

Title: 10 Things I Hate About You / Romy And Michele's High School Reunion