Inn Of The Sixth Happiness Studio Classics, The 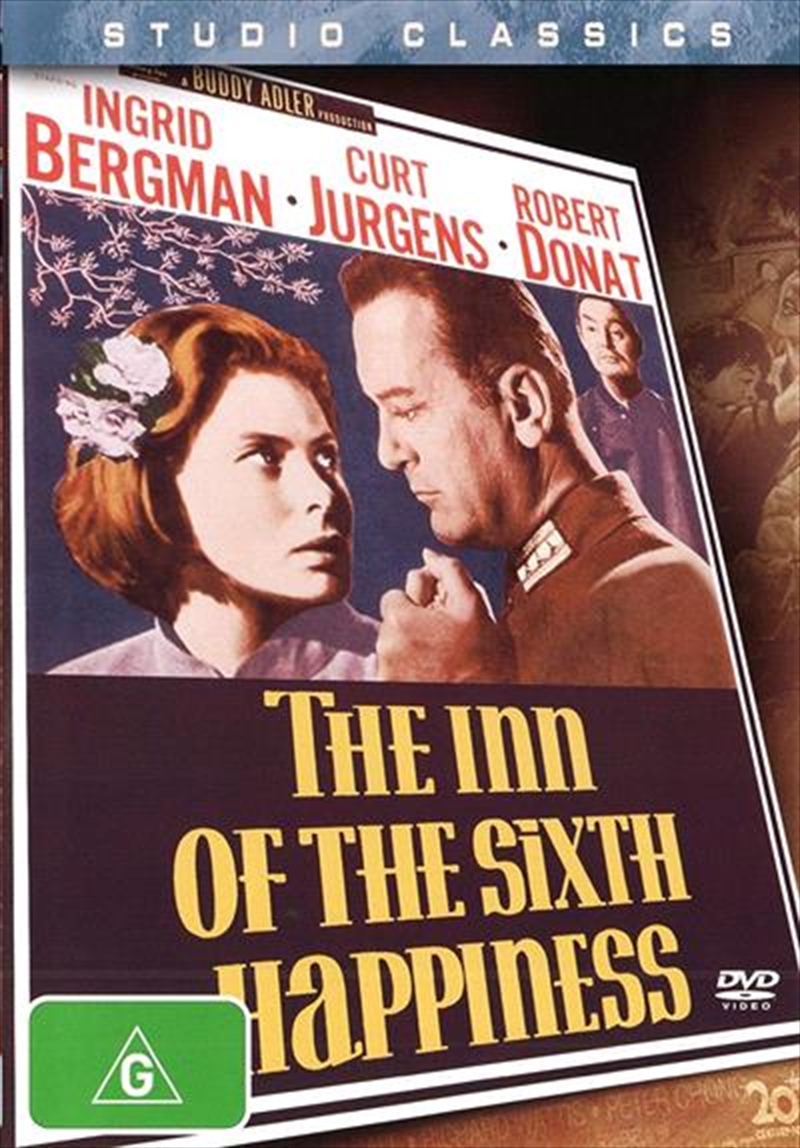 Inn Of The Sixth Happiness Studio Classics, The

Shipping - See delivery options.
Postcode:
Quantity:
SEE MORE IN:
3 for $20 Movies & More
DESCRIPTION
Love had suddenly come to her under the China sky...love for this Eurasian soldier who now pressed his earthy, Oriental skin against her own...

After making her way to China to become a missionary, an English parlour maid (Bergman) wins the heart of a Eurasian colonel (Curt Jurgens) and the respect of the local Mandarin (Robert Donat). But her greatest accomplishment is leading 100 homeless children to safety across enemy-held terrain during Japan's invasion of China. Adapted from the novel "The Small Woman" about the true-life story of Gladys Aylward, this powerfully poignant film is inspiring entertainment from beginning to end.
DETAILS

Title: Inn Of The Sixth Happiness Studio Classics, The