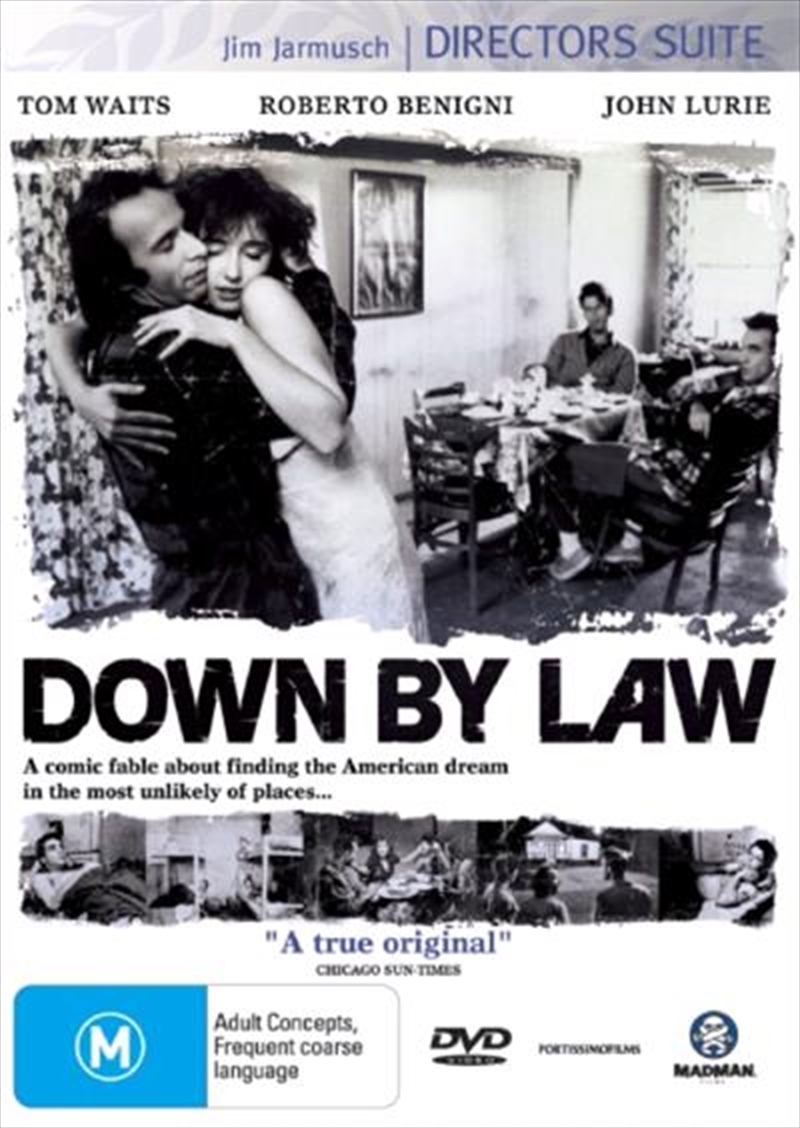 Shipping - See delivery options.
Postcode:
Quantity:
Jim Jarmusch's quirky follow-up to his groundbreaking STRANGER THAN PARADISE is a comic fable about finding the American dream in the most unlikely of places. After being thrown out of the house by his girlfriend, Zack (Tom Waits), an out-of-work DJ, takes a job driving a stolen car with a body in the trunk across the state line. He is arrested and put into a cell with Jack (John Lurie), a pimp who's been busted for recruiting a minor. The trio is completed when Roberto (the always hysterical Roberto Benigni), an Italian tourist who is arrested for killing a man while playing cards, joins them in their cell. Eventually, Roberto succeeds in convincing Zack and Jack to break out of jail with him. But when they do, the escapees find themselves lost in the bayou with no salvation in sight. It isnt until they land at the small home of an Italian immigrant (Nicoletta Braschi) that Zack, Jack, and Roberto learn to appreciate the beauty the world has to offer. Robby Mullers gorgeously contrasted black-and-white photography adds an artistic dimension to Jarmuschs film, which only heightens the performances by the three leads.

Title: Down By Law

New High-definition Digital Transfer (do We Have The Same Master As The Criterion Version?)

Thoughts And Reflections By Jim Jarmusch (created By Criterion)

English Subtitles For The Deaf And Hearing Impaired

Music Video Of Tom Waits Singing Cole Porter’s “it’s All Right With Me”, Directed By Jarmusch