Lord Of The Rings, The - The Two Towers - Special Extended Edition 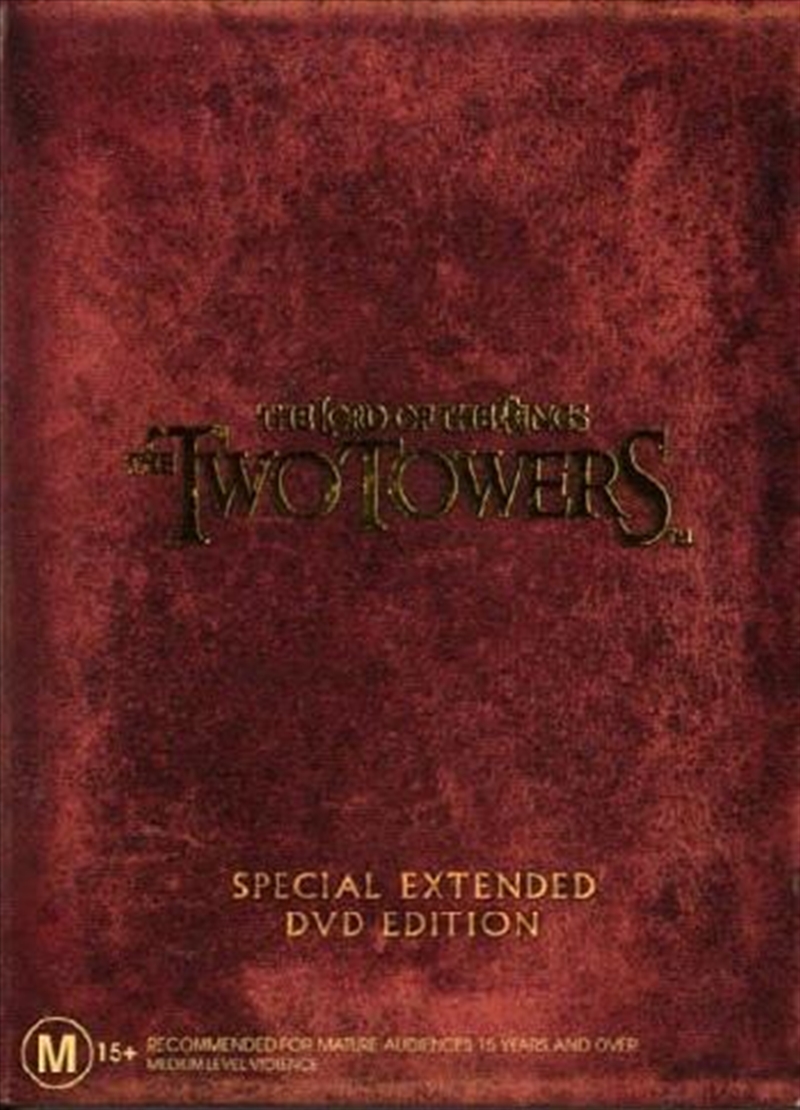 Lord Of The Rings, The - The Two Towers - Special Extended Edition

All of Middle Earth

Lord Of The Rings

DESCRIPTION
At the end of The Lord of the Rings: The Fellowship of the Ring, following the death of Boromir (Sean Bean) and the plunge into the pit at Khazad-d?m by Gandalf The Grey (Sir Ian McKellen), The Fellowship disbanded. Though splintered into three groups, the members of the original nine-member assemblage are no less determined to fulfil Frodo's heroic quest. . . The Lord of the Rings: The Two Towers begins in the hills of Emyn Muil, where lost Hobbits Frodo (Elijah Wood) and Sam (Sean Astin) discover they are being followed by the mysterious and extraordinarily rendered Gollum (Andy Serkis). A mercurial creature who has been warped by his proximity to the Ring, Gollum promises to guide the Hobbits to the Black Gates of Mordor. . . Across Middle-earth, Aragorn (Viggo Mortensen), the Elf archer Legolas (Orlando Bloom) and Gimli the Dwarf (John Rhys-Davies) encounter the besieged Kingdom of Rohan, whose once great King Theoden (Bernard Hill) has fallen under the deadly spell of evil wizard Saruman The White (Christopher Lee) through the machinations of his spy, the sinister Grima Wormtongue (Brad Dourif). Eowyn (Miranda Otto), the niece of the King, recognizes a leader in Aragorn, and though the warrior finds himself drawn to her, Aragorn is constantly reminded of his enduring love for the Elf Arwen (Liv Tyler) and the pact they've made. Gandalf, reborn as Gandalf the White following his cataclysmic battle with the Balrog, reminds Aragorn of his destiny to unite the people of Rohan with Gondor, the last remaining stronghold of Human resistance. . . Meanwhile, the captured Hobbits Merry (Dominic Monaghan) and Pippin (Billy Boyd) escape from their monstrous Uruk-hai captors and, fleeing into the mysterious Fangorn Forest, discover an unexpected ally among the ancient trees---Treebeard (voiced by Rhys-Davies), a living, walking, talking tree-shepherd, among the oldest creature in Middle-earth, whose forest Saruman has decimated. . . In their parallel journeys, the Fellow
TRAILER
DETAILS

Title: Lord Of The Rings, The - The Two Towers - Special Extended Edition

Four audio commentaries by director and writers, the design team the production team and the cast featuring more than 30 participants.

The Lord of the Rings: The Two Towers

Adapting the book into a screenplay & planning the film

Designing and inspiration for locations in Middle-earth

Weta Workshop visit – See sculptors in action as they create the weapons, armor, creatures and miniatures from the film

Atlas of Middle-earth: Tracing the journey of the Fellowship

Galleries of art and slideshows with commentaries by the artists

Principal photography: Stories from the set

Post-production – editing it all together