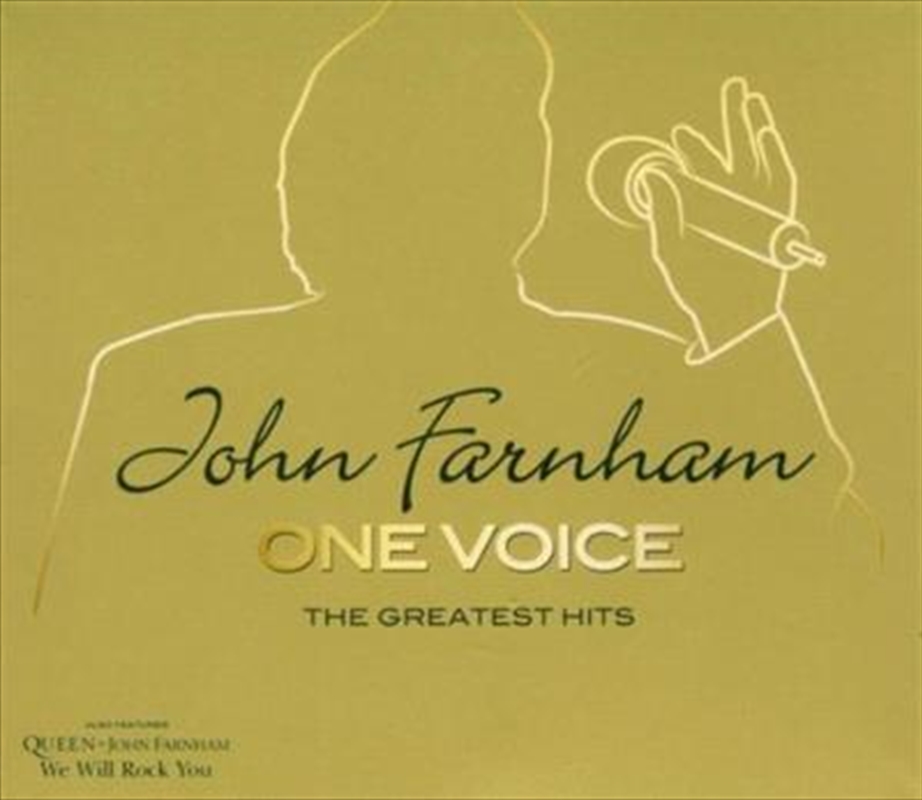 “One Voice” which is a 2CD set, contains for the first time on one album, all of John’s biggest and most loved hits from “Sadie(the cleaning lady)” right through to “The Last Time”.

Songs like “You’re the Voice”, “Pressure Down”, “That’s Freedom”, “Burn for you” have become part of the Australian musical landscape. Not to mention earlier recordings like “Raindrops keep falling on my head”, “One” and Don’t you know its magic, all of which are all featured here. The collection also includes the recently recorded duet with Queen “We Will Rock You” featured heavily throughout Australia’s hosting of the Rugby World Cup.

We Will Rock You

Don't You Know It's Magic

A Touch Of Paradise

When Something Is Wrong With My Baby

Raindrops Keep Falling On My Head

Have Allittle Faith (in Us)

Man Of The Hour